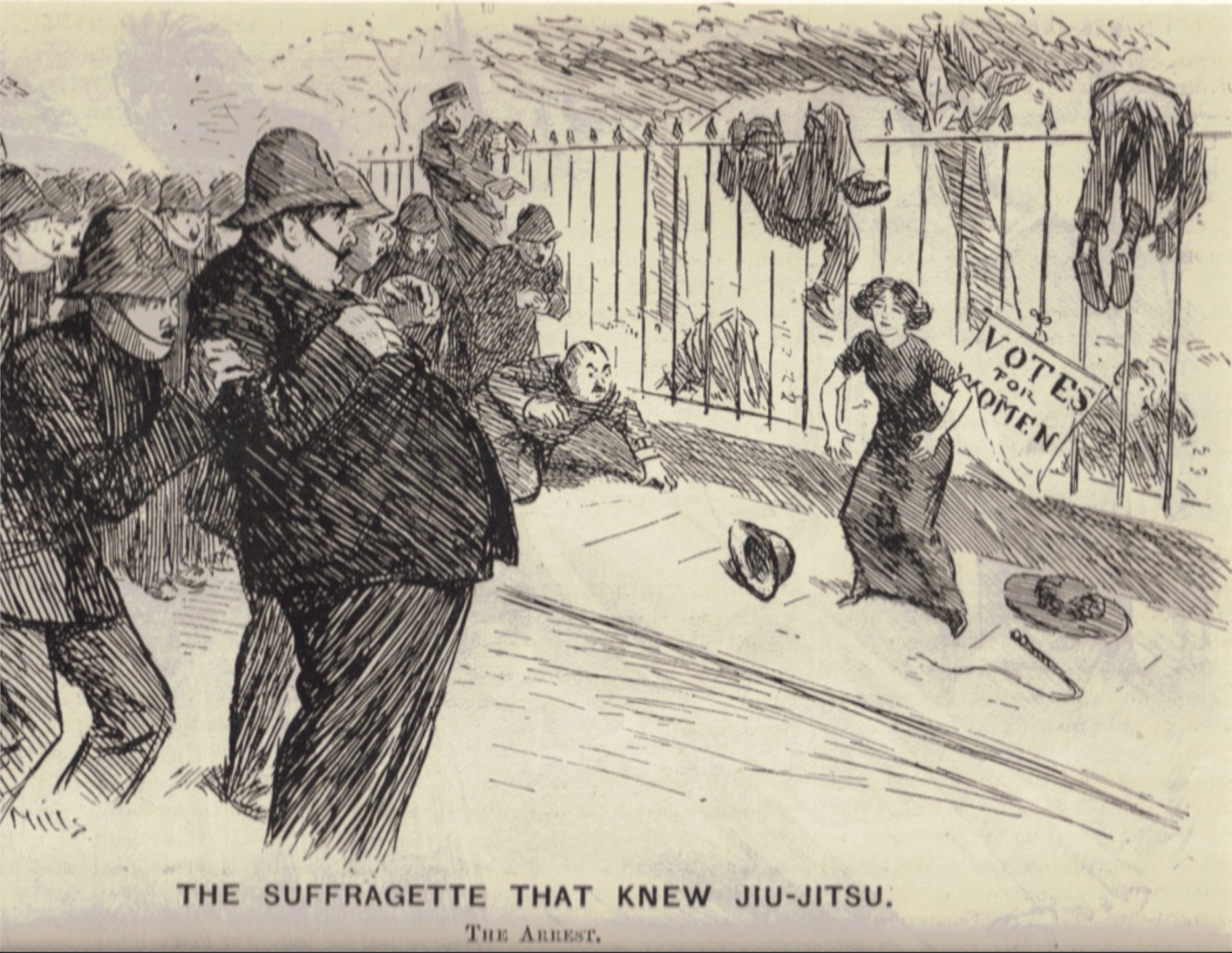 The Suffragette that Knew Jiu-Jitsu. The Arrest. By Arthur Wallis Mills, originally published in 1910 in Punch and The Wanganui Chronicle.

Concern that hatpins might be used by suffragettes as weapons, laws were passed in 1908 in America that limited the length of hatpins to 9 inches with anything longer requiring a permit. 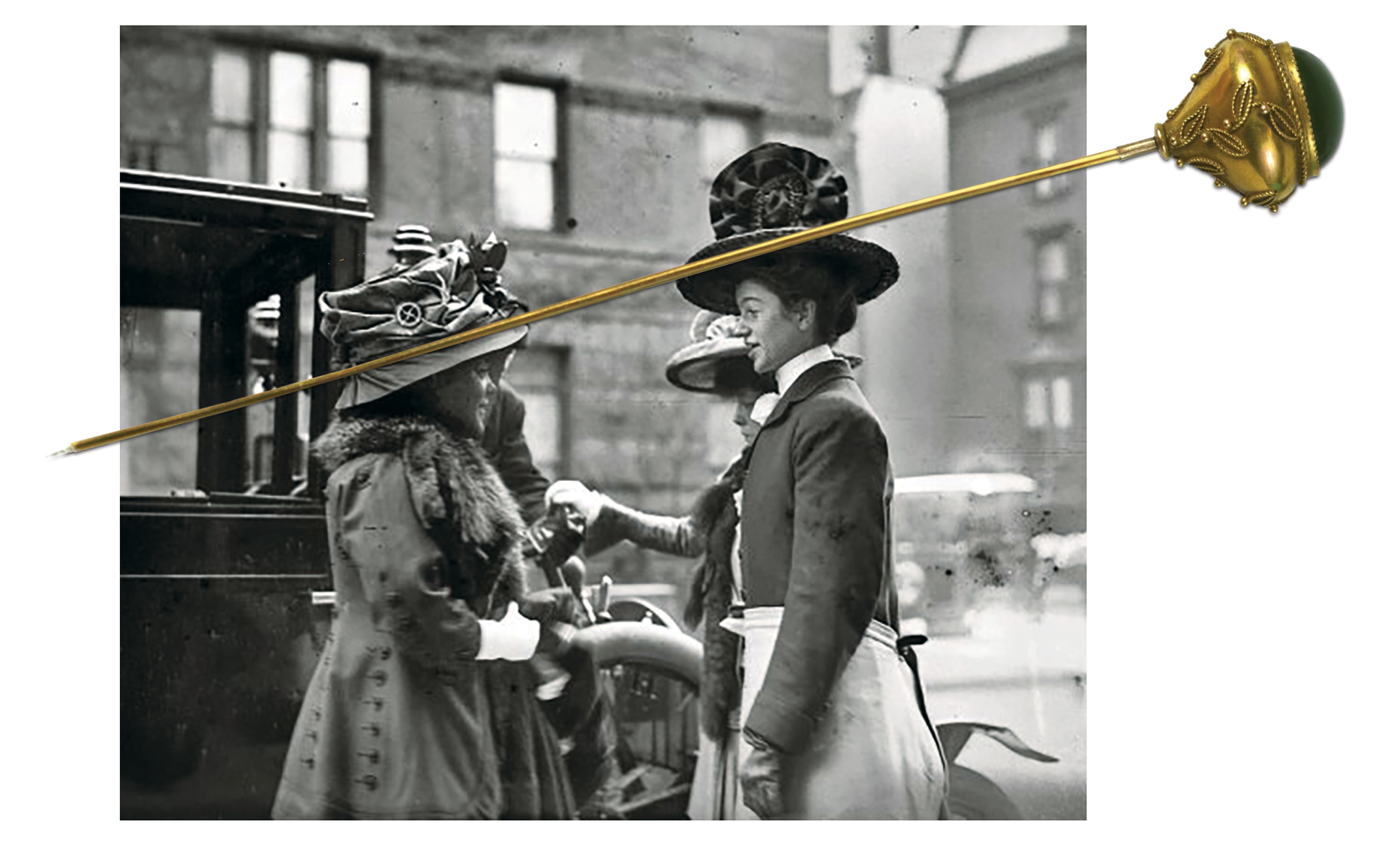 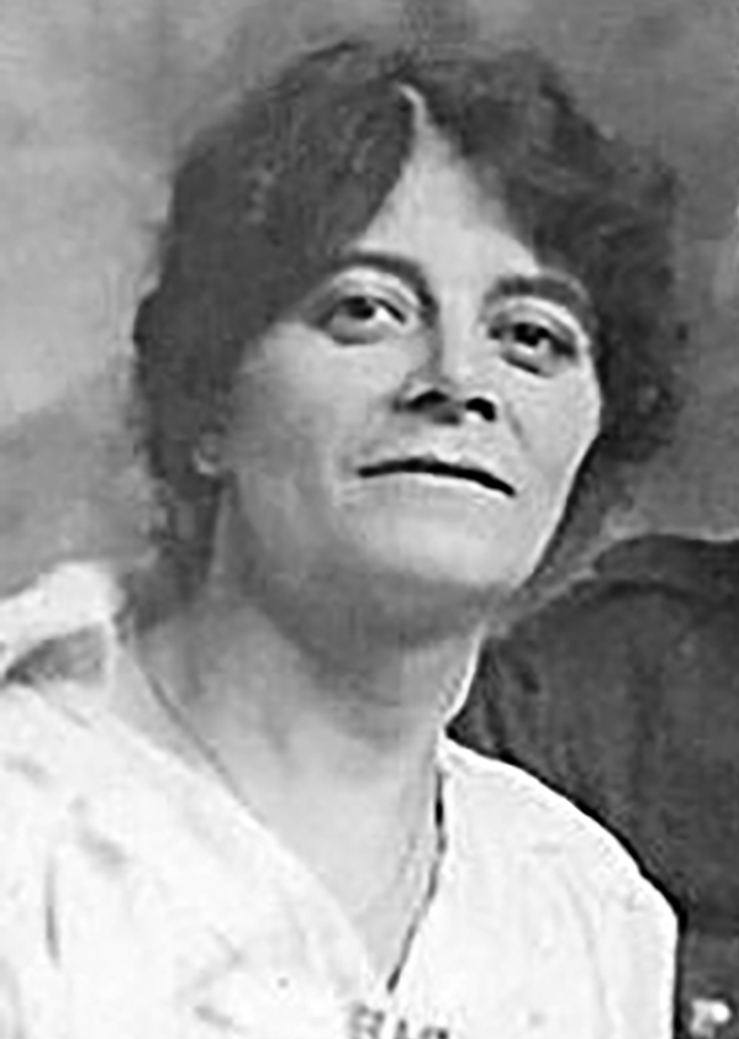 Edith Garrud
1872-1971
The first female professional martial arts instructors in the Western world. She trained the Bodyguard unit of the Women’s Social and Political Union (WSPU) in jujutsu self-defence techniques.

“WHEN DID FEMALES BEGIN TO DEFEND THEMSELVES AGAINST INDIVIDUAL ATTACKS?” she asked.

Does that mean women haven’t successfully defended themselves? No. It just means that whomever was in charge of recording events for posterity did not deem successful defenses by women as important or regarded Self-defense as subversive to the proper order of the “natural” superiority of men.

The oppressed are not afforded histories that give them models of liberation. There are recorded examples of women defending the dominant culture’s children, hearths, homes and countries, who sometimes passed themselves off as male. But to defend themselves against gender-based sexual assault? Silence.

The history of martial arts is helpful to understand women and Self-defense. Martial arts were developed by groups of peasants – usually male — whose lower status meant that they did not have access to knowledge, property or weapons. That left the creators of martial arts with the only means for defense they had access to: every day tools, wits and their own bodies. The parallel with women’s Self-defense is undeniable.

Oppressing masses of people requires fear. Men dominate women until we understand at least two things: males are not invincible and females are potentially dangerous. What if male physical superiority is merely “spin?”