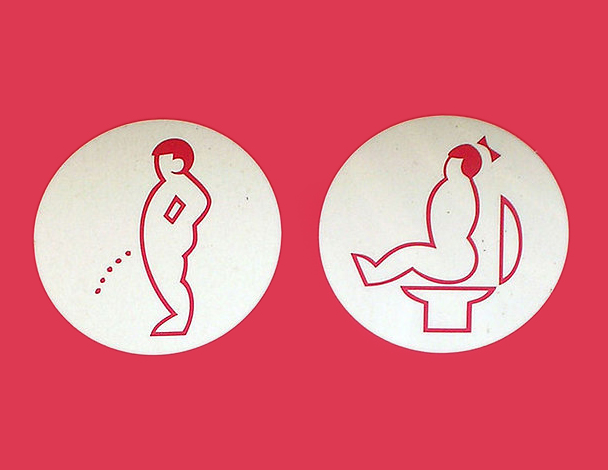 When using public restrooms, women not only face long lines, they also are subject to a deep-rooted social stigma of acknowledging this most basic biological need.  Even after the flushing toilet and “retiring rooms” became widespread, Victorian women refused to use them, out of fear of appearing improper.  Anxiety and fear can characterize the use of public restrooms by all genders, and more specifically today by the transgendered community.  This widely-accepted requirement for restrooms to be segregated based on sex spans thousands of years.

Beginning in ancient Rome, men and women used different entrances to access the baths, and continuing through the Industrial Revolution, when social anxiety surrounding women entering the workforce resulted in gender-biased plumbing code still used today.  For this reason, when we enter older public spaces, such as government buildings, educational institutions or airports, we find a disproportionate number of restrooms designated for men’s use, as men traditionally dominated those spheres.

Through 2011, women members of the House of Representatives worked alongside their male peers without a restroom within close enough proximity to the Speaker’s lobby to reach during session breaks.  As feminist activist Soroya Chemaly argues, the lack of prioritization and legitimacy of women’s bodies results in a culture defined by “male-centeredness.”  As significant legislation passes to make restrooms more accessible to everyone, all-gendered restrooms look to be the way of the future, dismantling thousands of years of shame, vulnerability and most of all inequality.

The lip shaped urinals at the Rolling Stones museum in Lüchow, Germany have received criticism because, without the tongue, they don’t resemble the Rolling Stone lips but simply female mouths for men to urinate in. 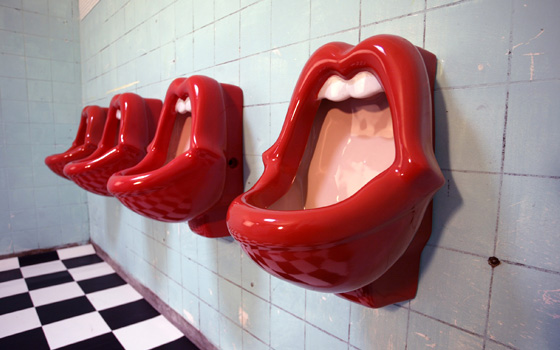