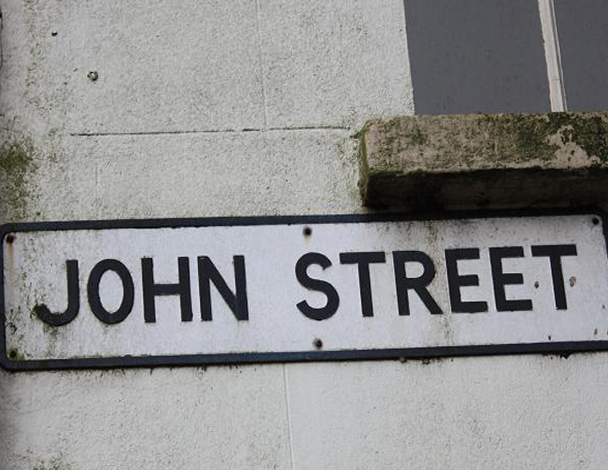 STREET SIGNS HAVE A SIMPLE,
YET UBIQUITOUS PURPOSE:
NAVIGATING OUR WORLD.

Through their naming, these signs signify the values of their communities.  “Street names are a very important form of recognition.  They are a way of immortalizing a person…” says Julia Long, member of the London Feminist Network.  Historically, these values have been placed on memorializing male figures disproportionately to females.  For example, recent reporting shows in Rome, 45.7% of streets are named after men, compared to 3.5% after women, and in Israel, 2.5% of the streets bear a woman’s namesake.

These figures convey a visible message, rooted in the public planning of a city, that men are of more importance than women.  Cities across the globe are responding to this issue of inequality through legislative action.  In 2005, a district in Berlin passed a bill stating no street can be renamed after a man, until equal number of streets have been named after women.

As Lyvette Longe argues, street signs are “highly visible, long lasting and inexpensive,” making for a practical platform to further recognize the women who make history.

• Equality from the ground up.
• Spain is getting rid of streets named after fascist leaders, dedicating them to women instead.